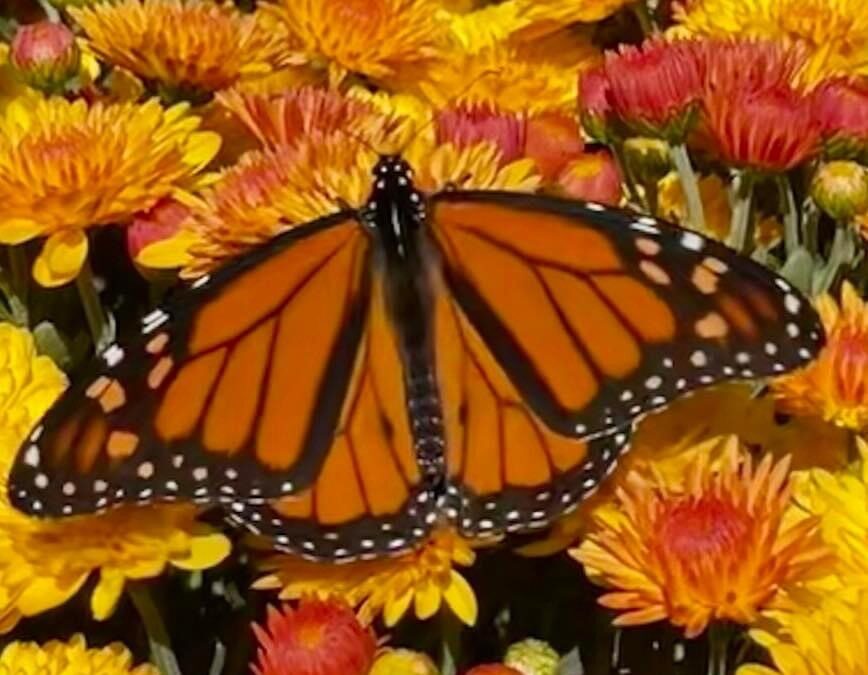 September and October are when monarchs make their journey to Mexico and California for the winter, but with monarch populations decreasing to endangered species status, sightings have been few and far between. Read on for more information about monarch migration and how you can help them on their journey.

No other butterfly species migrate quite like our North American monarchs. They migrate much farther than any other tropical butterfly.

These normally solitary insects, often travel in large groups up to 3,000 miles one way.  And they don’t make this trek just once, but twice in their lifetime!  When the late summer and early fall monarchs emerge from their chrysalises, they behave differently than the previous successive generations.

The summer monarchs you see fluttering about between May and August only live 3-5 weeks.  The 3rd or 4th generation, also called the “super-generation,” lives an astounding 9 months!

They will not mate or lay eggs until the following spring.  Instead they will migrate to their winter grounds in Mexico or southern California to roost.

In March, they will start to make the trek back north to breed and eventually die, and the cycle begins again. 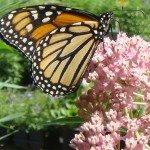 Waystations are like a rest stops for monarchs that provide refuge and replenishment on their long journey.  Providing patches of milkweed and a diverse landscape of nectar-rich plants help monarchs to produce successive generations and sustain their migration.

A Monarch Waystation is an intentionally-managed garden that provides food and habitat for the decreasing monarch population.  You can create a Monarch Waystation by simply adding milkweeds and nectar sources to existing gardens or create one in your home garden.

Many schools, businesses, churches and park districts have also made efforts to create and maintain Monarch Waystations to help contribute to their conservation.  You can even register your habitat with a national database.